So Lady bought me tickets to the Gary Clark Jr. and Kings of Leon concert for last night and it was a great time.  I’ve been a bit out of touch with pop culture recently so Gary Clark Jr. was a surprise hit for me. I wasn’t able to get any good pics of him sadly, but he’s got some serious guitar and crowd skills.

The visuals and lighting effect by Kings of Leon were superb 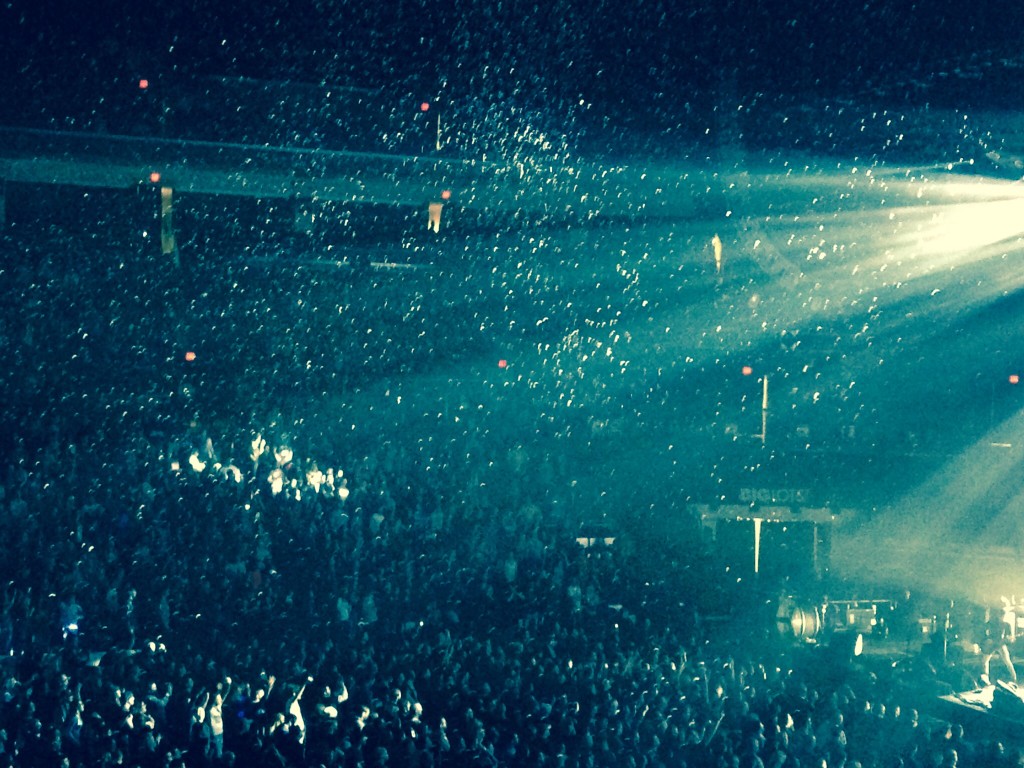 A truly fantastical scene of glittering dust in the laser and normal lights.

On another note I have applied to a work from home, part-time job and got through the first gate.  I’ll up date more as I know more, but this could significantly help me keep doing what I love and not feel so stressed about the cash flow.  I’m actually pretty excited about it.

May the heart of what matters be ever evident and the shadows of doubt be held at by by the trust you have in yourself.

Meditation: At Home On The Inside – 4

In this fourth installment of At Home On The Inside I created what I consider a full length meditation at around 24 minutes.  A chance to again seek the positive on the inside. It guides you into relaxing your body, leads you to summoning the feeling of your joy and then lets you relax in that joy.  So find a place to get comfortable and take a trip into your bliss.

Meditation: At Home On The Inside – 3

In this meditation you are invited to relax and intend yourself to experience joy.  I will guide you into a joyous space to help you create the things that you want in life in your mind.  This is an initial step in creating them in your life.  Feeling good about them.  As we continue to feel at home on the inside we can start to create that beauty in our lives.

#At Home On the Inside#binural#freedom#guided#original

Meditation: At Home On The Inside – 2

This is a guided meditation to help you relax your body. Feeling at home on the inside means allowing your body to relax and not fighting against it.  As you relax the body you are better able to turn down the chatter of the mind and hear your heart.  May the peace of your soul calm your body.

I have  renamed, cleaned up and moved my meditations to have them submitted to places like iTunes.  I am going to be re-posting them here.  They will be under the heading At Home on The Inside, which is the feel I hope they evoke for you.  The first is Relaxation with a Cloud.  A shorter meditation that takes you on a small flight of fancy and brings you back relaxed, refreshed and recharged.

Unless otherwise state these will have binural beat track which will be more effective with headphones and should never be listened to while driving.

Relaxation with a Cloud

Had a great trip to Chicago this weekend.  It was the 2014 Beer-cation with friends. First night started with a hipster German gastro-pub/uncommon beers place called Das Raddler. The food portions were small and expensive, but it was awesome. Then we went just down the street to Revolution Brew Pub, a nice place with some shockingly good people watching.

We stayed at the Renaissance Blackstone which was glorious: 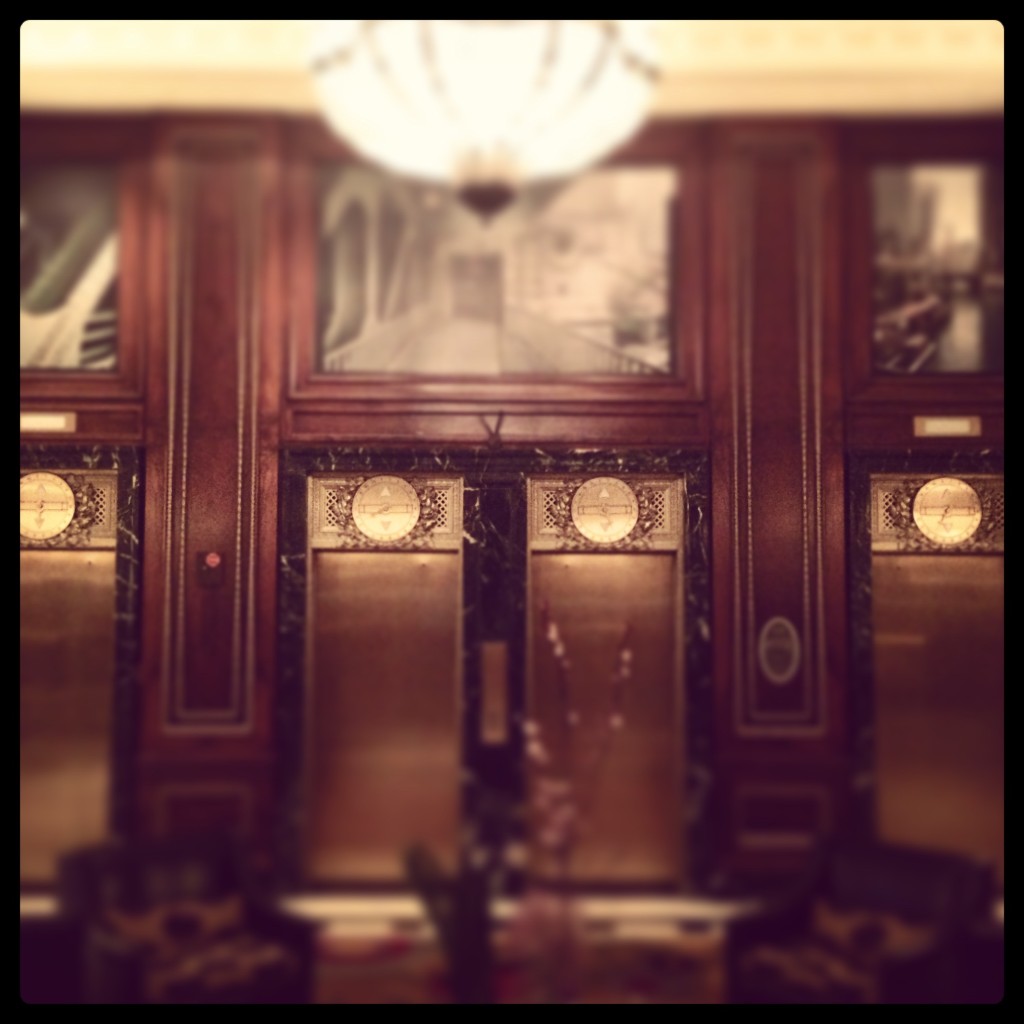 The next day we hit Haymarket Brew Pub (thanks for the 4 oz beers!!),

It was a lot of samplers here and some good food.

The Lone Wolf  Bar (best place to Get 3 Floyds I’ve ever seen) then the Red Head Piano Bar,a happening party bar with odd amounts of security, it was a blast, but you can’t mind being packed in like sardines and drunk singing. 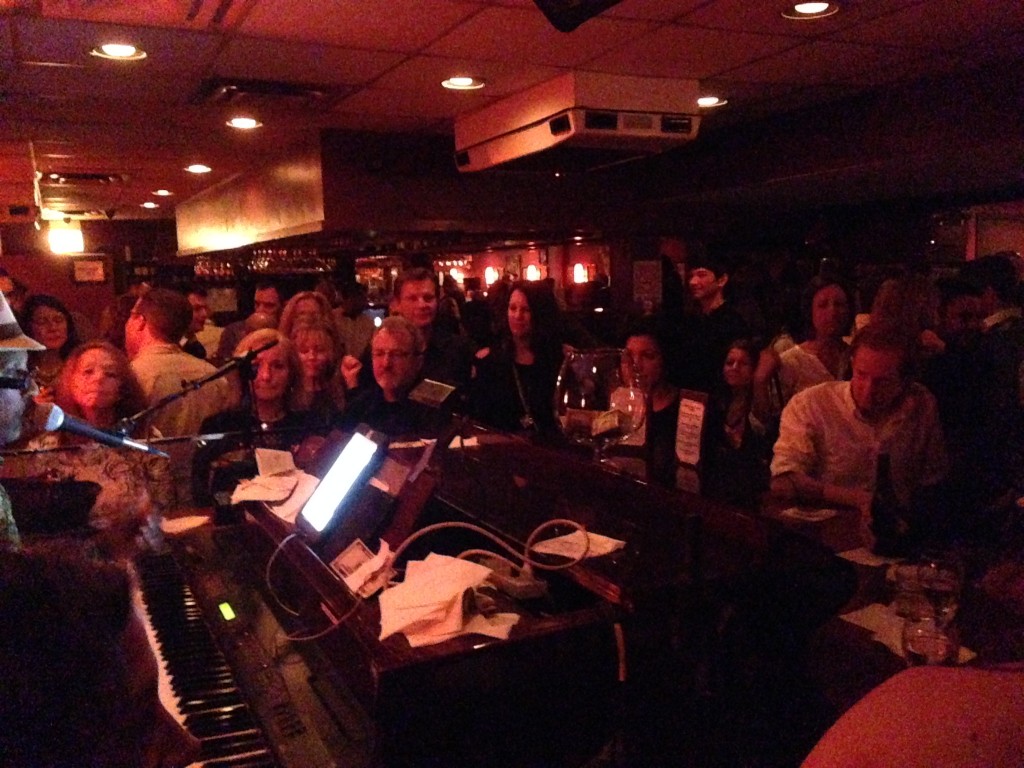 Piano Bars may in Fact be Magic

We also went to Goose Island Brew Pub Claybourn Location and got the tour and tasting for a shockingly reasonable price. That was a lot of fun. Also, hit Bubba Gump’s on the navy pier and I now have a very bright light up cup that my smoothie came in that actually projects a light version their logo on the table when you pick it up. Sadly pictures do it no justice. That with a little family time all in a Friday night to Sunday afternoon, not too shabby.

Now back to the podcast behind the scenes magic…

Hope you laughed as much this past weekend as I did,

This week in audio

I was hoping to get my meditations saved at Libsyn and create an RSS feed through Feedburner, but I wasn’t able to get that far this week.  I did however create a logo that I hope you’ll be seeing on iTunes next week.

My audio logo for Meditations:

And now it’s off to the windy city in the middle of a notably chill February.  There will be good friends and good beer, who cares how cold it is :-]

The 1st was my birthday version 2014 and I had a wonderful weekend thanks to the people that care so much about me. It was wonderful. Friday, we went with friends to Flip Side and  World of Beer at Easton.  Saturday, my Lady created a day of art and fun for us both.  We went to The Columbus Museum of Art, wandered German Village and ate at Schmidt’s Restaurant Und Sausage Haus.  The autobahn buffet is well worth the price. Later we went to Aprons and Easels.  We brought our own mead and enjoyed it while getting some painting instruction. It was a lot of fun and so different than painting my own stuff at home.  I would definitely recommend it for a group night out or a date:) Then last night, even watching the least entertaining Super Bowl I can remember was a joy celebrated with people I care about and who kept my birthday weekend rolling. Thanks to everyone who was a part of a great weekend!

Check back here soon for the first full length Meditation. I’ve decided to start just making ones that I will be using myself instead of guessing what others need. This next one is going to be great. I look forward to finishing it so that I can use it.