The Dark side of Mr. Moon is finally visible

Headboy asks about Mr. Moon’s dark side and a strange mixed metaphor of literal and psychological interpretations ensue.  T. Stone makes Bushy and Headboy crack up at Mr. Moon’s expense and the dark side of the moon sure does becomes visible. 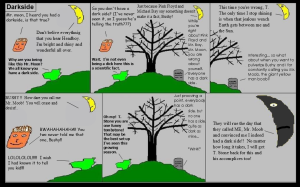 Check out the full set of HBMM Adventures here!

There have been stories that we have heard since we were young.  They are about gods and monsters, heroes and villains.  As we get older we can still sense the magic they hold, but we push them away as if they have nothing to teach us about life. We judge old cultures for believing in fairy tales as if our newspapers were the truth and those stories were entertaining little ditties told by people not as sophisticated as we are. Though many have lost their meaning because they pointed to a culturally bound truth; still some point towards what it means to be human and to act humanely.  These stories aren’t true in the scientific sense, but that doesn’t mean they have no value.  Myths can point us toward what is best, and worst in humanity. They can remind us that compassion and honesty aren’t good ideas because they are right or perfect, but because they are intrinsically the best way for the world to work.

The Continuing Adventures of Headboy and Mr. Moon

Headboy is feeling a bit rundown and asks Mr. Moon if he should try some java.  Mr. Moon and Bushy come close to agreeing on something, T. Stone likes how the kid is handling the subject… mostly. The kid has his first cup o’ Joe and is a big fan. 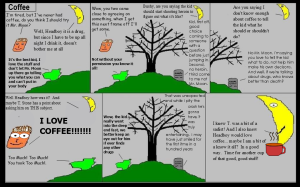 Check out the full set of HBMM Adventures here!

Thoughts, Our Responsibility, Our Power

We are given very little, it seems, in things in life we completely control. Our hearts seem to have minds of their own, the other people in our life feel what they will seemingly affected, but in no way controlled by us.  The weather, our finances, our family, to one extent or another our health, all seem out of our control.  What we can control is our thoughts, at first that can feel like a small thing in a big world, but it turns out that it is enough to totally shape our experience of life.  So let us resolve to respect the thoughts we choose as the world makers that they are. 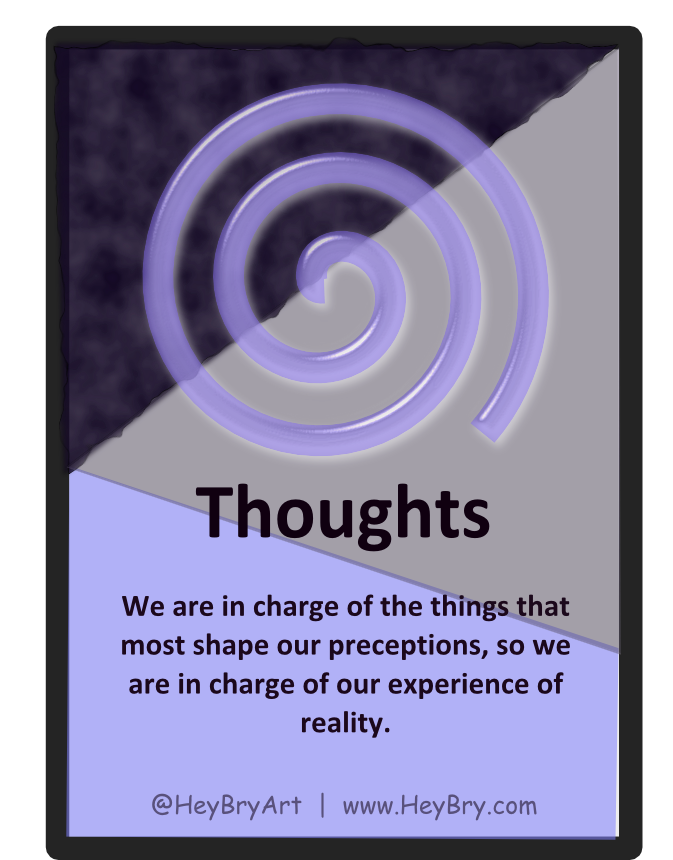 The first Headboy and Mr. Moon that has never been published before

As you may or may not know I had originally created the Headboy and Mr. Moon comics almost 7 years ago and up until this one they have been republications with some fine editing from Lady (thank you!!) and some graphical changes from my end. Now comes the truly exciting part for me, brand new material!  So, in this adventure Headboy tries to figure out what character from a fairy tale he would be, Bushy admits he’s grumpy and T. Stone gets flustered at Bushy knowing him a little too well.

Serendipity is luck that we make

I choose to believe that there is a reason for everything that happens.  That doesn’t mean that it is easy to understand or accept, just that in the end the purpose will be clear.  With that in mind there are connections between the events in our lives that, if we are aware enough to see them, can lead us to decisions which are in flow with the Universe whether they seem logical or not.  These moments feel and in many ways are magic.